Ossia to Demonstrate Cota® 5.8 GHz at Mobile World Congress- A Pillar in the 5G Infrastructure Roll Out
Cota 5.8GHz wireless power technology will be demonstrated in Europe at MWC 2019, just in time to complement the adoption 5G 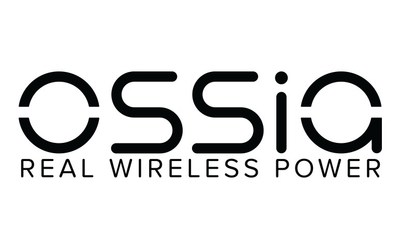 "We anticipate the conversation at MWC to heavily focus on the 5G network technology, it's integration and applications, and how it will influence the interconnectivity of things," says Hatem Zeine, Founder and CTO of Ossia. "While 5G is enabling faster downloads, responsiveness, low latency, and power efficiency for mobile devices and IoT, Cota 5.8GHz is enabling the dependable, safe, automatic power these devices need at scale."

The Cota 5.8GHz wireless power system, developed in part due to the continuous and "anywhere" power that IoT will need as it leverages 5G to expand on features, products, and quality. The Cota Power Transmitter at 5.8GHz offers increased distance and power over the 2.4GHz system, to accommodate more use cases. There are many estimates of how large the forecasted growth rates will be for IoT. As 5G looks to support that IoT potential, wireless power becomes more and more critical to fulfill the promise of IoT.

"Wireless power is critical for IoT growth," says Mario Obeidat, CEO of Ossia. "Batteries and wiring may work for IoT now, but with 5G, we anticipate the growth of IoT to skyrocket. The volume of IoT and its power needs, with millions of sensors … it's impossible to keep everything powered reliably with traditional power sources. Wireless power is absolutely necessary for IoT to fulfill its growth potential."

Cota Real Wireless Power is power delivered over air, without cables, charging pads, or line of sight. The Cota 5.8GHz wireless power system can be used in a variety of commercial and consumer IoT, due to its smaller, higher efficiency antennas that fit in space-constrained devices and deliver more targeted power over a greater distance, compared to 2.4GHz.

Ossia is a CES 2019 Innovation Awards Honoree in the Wireless Devices, Accessories, and Services category for the Cota Forever Sleeve and a 2019 Edison Award Finalist. Cota 5.8GHz Wireless Power technology is available for license.

About Ossia
Ossia Inc. is leading the world on what is possible with wireless power. Ossia's flagship Cota® technology redefines wireless power by safely delivering remote, targeted energy to devices at a distance. Ossia's Cota technology is a patented smart antenna technology that automatically keeps multiple devices charged without any user intervention and enables an efficient and truly wire-free, powered-up world that is always on and always connected. Ossia is headquartered in Bellevue, Washington. Visit our website at www.ossia.com.